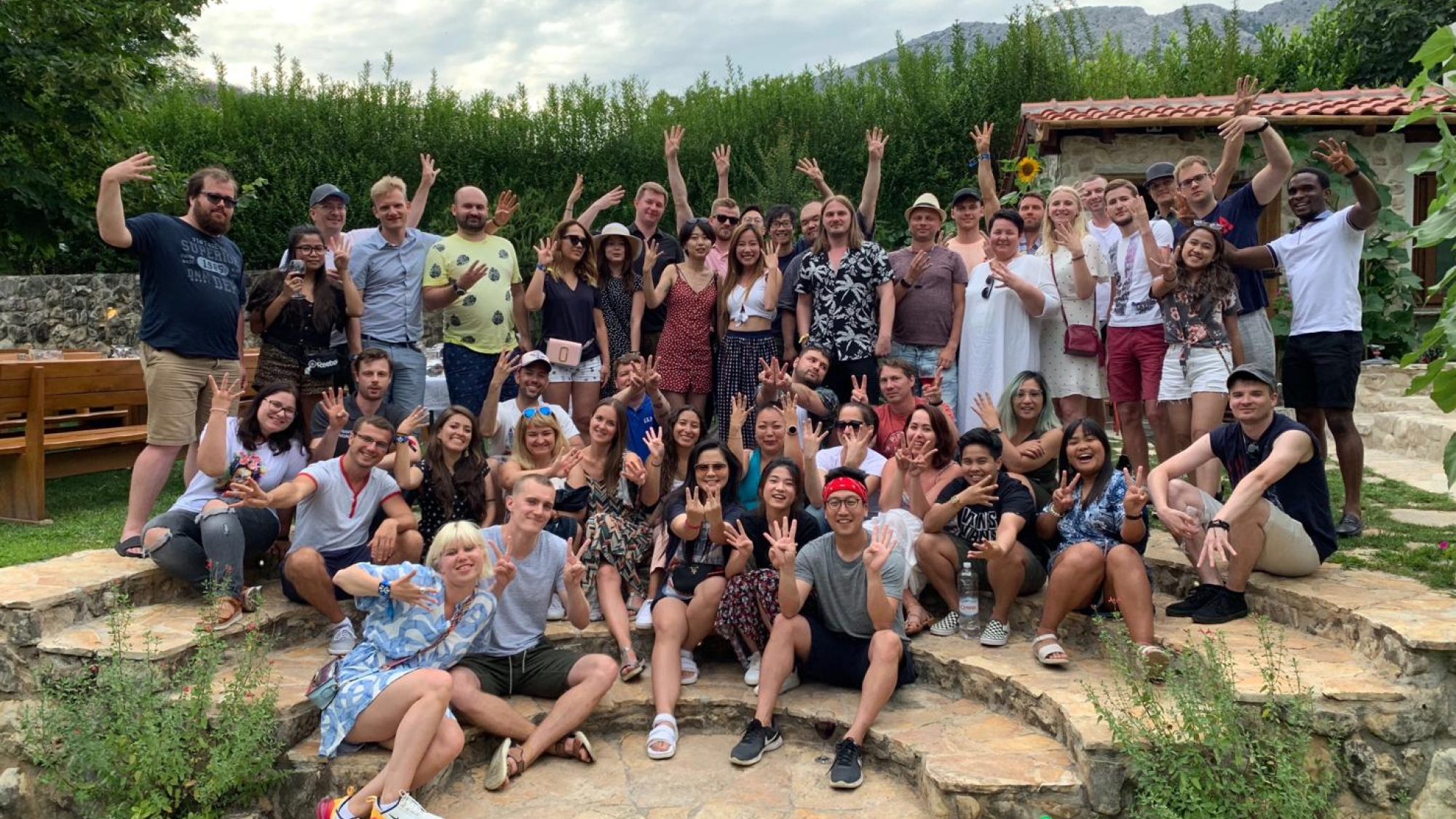 Paxful is a peer-to-peer powered bitcoin marketplace and universal money translator founded in 2015 and headquartered in New York. And boy, do they love hiring internationally.

People Operations and HR Manager Anna Mailanchi joined Paxful’s Tallinn office back when their headcount was 40. Just six months later, they were celebrating their 100th hire.

What makes this a particularly interesting number to dig deeper into is that most of Paxful’s hires in their Estonian location are mid- to senior-level technical people, around 90% of whom are hired from abroad.

Relocating this many international hires can make an HR manager ask themselves some deep existential questions:

- Why aren’t there more hours in a day?
- So… When am I supposed to do the rest of my job?

And yet, Anna has brought all this on herself. “At all the companies I’ve worked with, my personal battle is always to hire as diverse as possible,” she says. “Not to get stuck thinking, oh, it will be too difficult or too expensive.”

Anna’s philosophy is to single-mindedly hone in on the right skill set and just hire the Right Person For The Job. Without giving a thought to where they’re from. And then just take it from there.

The only trouble with this approach is that relocating talent at scale can be a giant drag (correct technical term).

The need for speed

Even before Anna joined the team, the number of relocating employees was getting too high to handle in-house and a relocation partner became a necessity rather than a luxury. When Anna joined, Paxful soon switched from their existing partner to Jobbatical. Why would they do such a thing?

“All our new recruits are coming through Jobbatical,” Anna says. “The main thing is that our volume of hires is quite high—for us, at least—so we needed some kind of speed behind it.”

Indeed, Paxful’s Tallinn office has new people joining weekly, which is a pretty big deal for a relatively small team. “We had one Monday where nobody started and we even celebrated it, because we didn’t know what to do with this time where we usually onboard people,” Anna recalls. “We were like, what, really, nobody? It’s like a continuous inflow of talent.”

Anna had the luxury of being familiar with Jobbatical beforehand, so she knew how fast the team could work to manage this inflow. “This is why my initial reaction was to switch to Jobbatical. Rightly so! The speed has improved dramatically—the speed of getting all the visas, permits, and appointments. And even the response time, which is very important for us.”

An end to micromanagement

Since she signed on Jobbatical, Anna hasn’t felt the urge to micromanage or worry about the relocation process.

“Before I had to go really deep into the process,” she says. “Even though we weren’t doing it in-house, I had to keep an eye on it. Right now, with confidence, I can let go of it a little bit.”

All it takes now for a successful relocation effort at Paxful is for a people ops specialist to forward all the info to Jobbatical. From that point on, Anna and her team can sit back and wait for their new hire to arrive. And this applies even to the most complicated cases. “I don’t even worry,” Anna says. “Even with the difficult ones, I don’t feel the pain.”

Not only is this a boon for overworked HR people, the smoothness of the process also lets talent know that someone’s got their back. “This can be a very worrying and very stressful period,” Anna says. “Especially if you’re moving with your family. One thing they need to know is that there’s somebody always there to answer and support them in whatever they need.”

Someone to rely on

Complex paperwork handled, new employees safe and happy—the time this frees up for HR and people ops is invaluable. Because as dreary and intimidating as relocation can be, it’s still only the first small step on a much longer onboarding journey.

“Now we can focus more on the actual onboarding part,” Anna says. “And on integrating this talent into the country, into the company. There is more time to make everybody who joins Paxful feel more at home.”

Getting relocation right is crucial for a million reasons, and Anna has a deep appreciation for Jobbatical’s help in making it happen. “I think I’m the biggest advocate of their services, knowing how efficient the team can be in their work,” she says. “And I know I can rely on the information that comes from Jobbatical, without any doubt.”