Why I Changed My Mind About Feminism

Thoughts from Jobbatical founder & CEO Karoli Hindriks on feminism and the courageous choices we need to make to create a more equal world.
Global Mobility
March 8, 2021 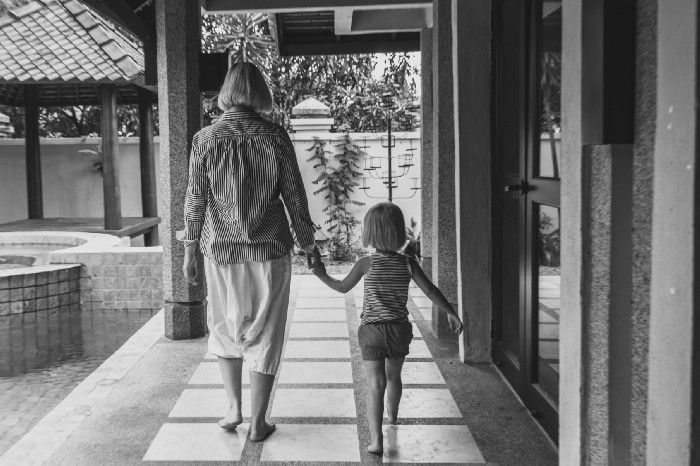 This article by Jobbatical founder and CEO Karoli Hindriks was originally published on International Women's Day 2017.

I got an early start in my professional life when I invented a safety accessory at the age of sixteen, becoming the youngest inventor in the history of my country. In 1999, it was quite a story — a girl from a small town in Estonia invents something that saves people’s lives. The stars aligned, and without even the slightest idea about marketing or storytelling, I had paved the way for my first business. I became a spokesperson for young entrepreneurs in Europe before the word “startup” was even invented.

Whenever somebody asked me if being a female entrepreneur was in any way more difficult and whether this should be encouraged, I dismissed the question with a simple “You just have to be the best”. Looking back, I find it fascinating how I managed to get it so right and so incredibly wrong with that one answer. I didn’t believe in feminism. Feminism, as it looked to me at the time, was something embarrassing.

It took me sixteen more years — four of them as the mother of a little girl — to understand the wrongs women face in our world, and to realize that feminism isn’t a bad word. It took me all this time to understand that my mother, a champion for women’s rights, had been right all along.

It took me thirty-three years to become a feminist. It’s hard not to become one when you find yourself knocking on the door of a boys’ club.

In 2014, when I decided to pursue my vision of Jobbatical, after months of fundraising across five countries, I became the 2nd woman in Estonia to close a financing round for a startup. Not the twenty-second or the two hundredth. Number two. Numero dos. 第二個. In a country with more startups per capita than any other European country.

Fun fact: Between us, the country’s first three female round-raisers (Kaidi Ruusalepp of Funderbeam, me, and Kristel Kruustük of Testlio) brought in more than 10% of Estonia’s total startup funding in 2016.

I found Jobbatical’s first angel investors in Finland, a country that ranks 3rd in the world for gender equality according to the World Economic Forum report (the United States ranks 28th; my native Estonia 21st). Maybe it is a coincidence, or maybe Finnish society has reached the point where women are perceived equally capable of being leaders? Whatever the answer, two years later, with paying customers from 44 countries and a talent community spanning the world, I am thankful that Jobbatical found those first believers. I’m thankful to those who saw my idea and my potential, not my gender as a deciding factor for their trust.

I got lucky, I worked hard, and the harder I worked, the luckier I got. But the world has such a long way to go. A few months ago I was astonished to read about a top Chinese VC revealing their investment strategies on stage at a tech conference:

“Rule number 10: we usually don’t invest in female CEOs”. The speaker then clarified: “It’s not because of any kind of prejudice. Just think about it carefully […] besides giving birth to children, what can women do better than men? Nothing.”

Just like that. Having navigated the business world for more than fifteen years now, this raises a question in my head: did he say something downright outrageous, or did he simply articulate something many people are thinking but won’t dare say out loud? And while I would never justify such a ridiculous statement (don’t even get me started on its rickety logic), I’m grateful it’s out there so we can start a constructive dialogue. If this attitude towards women remains a secret agreement that nobody talks about, our society will never grow out of it.

Since I launched Jobbatical two years ago, I’ve experienced things that no male founder ever would. It just wouldn’t happen to them. Local angel investors once asked me to leave the fact that I have a child out of an accelerator program application, “because a female founder with a child may reduce our chances”. It was a well-meaning suggestion intended to help the company, and an excellent example of the sort of suggestion that quite simply shouldn’t be necessary. I ignored the advice and made the (apparently) foolish decision to mention the existence of my child. We never did get into that accelerator or even to an interview. Of course, there may have been countless other reasons for that, but I’ll never know.

More disturbingly, a London-based VC once told me at dinner that if I spent the night with him, I would get his term sheet and four other intros. This would be awful enough for anybody, but for a married woman and the mother of a toddler, it was the most humiliating situation imaginable. You might have guessed, correctly, that I never spoke to that VC or his firm again.

We can build a world that’s better than this. It’s our duty not to reward, encourage, or enable behavior that diminishes anyone’s value based on their gender.

The change starts from our own choices, attitudes, and the examples we set. It was my late father who encouraged sixteen-year-old me to believe that my idea deserved a trip to the patent office. He could just as easily have dismissed me or pointed out that there weren’t that many female inventors around, and left it at that. But his encouragement defined the journey I was to start. On that journey, I have spoken to thousands of girls — directly or through speeches or interviews — and hopefully sparked a belief that we are allowed to make courageous choices. If there are policy choices we can make that will empower our societies to foster equality, let’s just do it. As my dear mentor and a friend Alec Ross wrote in his bestselling book “Industries of the Future”:

“There is no greater indicator of an innovative culture than the empowerment of women. Fully integrating and empowering women economically and politically is the most important step that a country or company can take to strengthen its competitiveness”.

While society is catching up, it’s up to every single one of us to make our own efforts to build the world we want to live in. On each of our personal journeys, we will all have our successes and our failures. And whether we succeed or fail, it’s because we are human and not because we are girls. Don’t ever let anyone tell you otherwise.