How Veriff grew their global team 17-fold in a year

Veriff grew their team 17x in under a year and avoided countless hours of bone-breaking work with Jobbatical as their relocation partner. 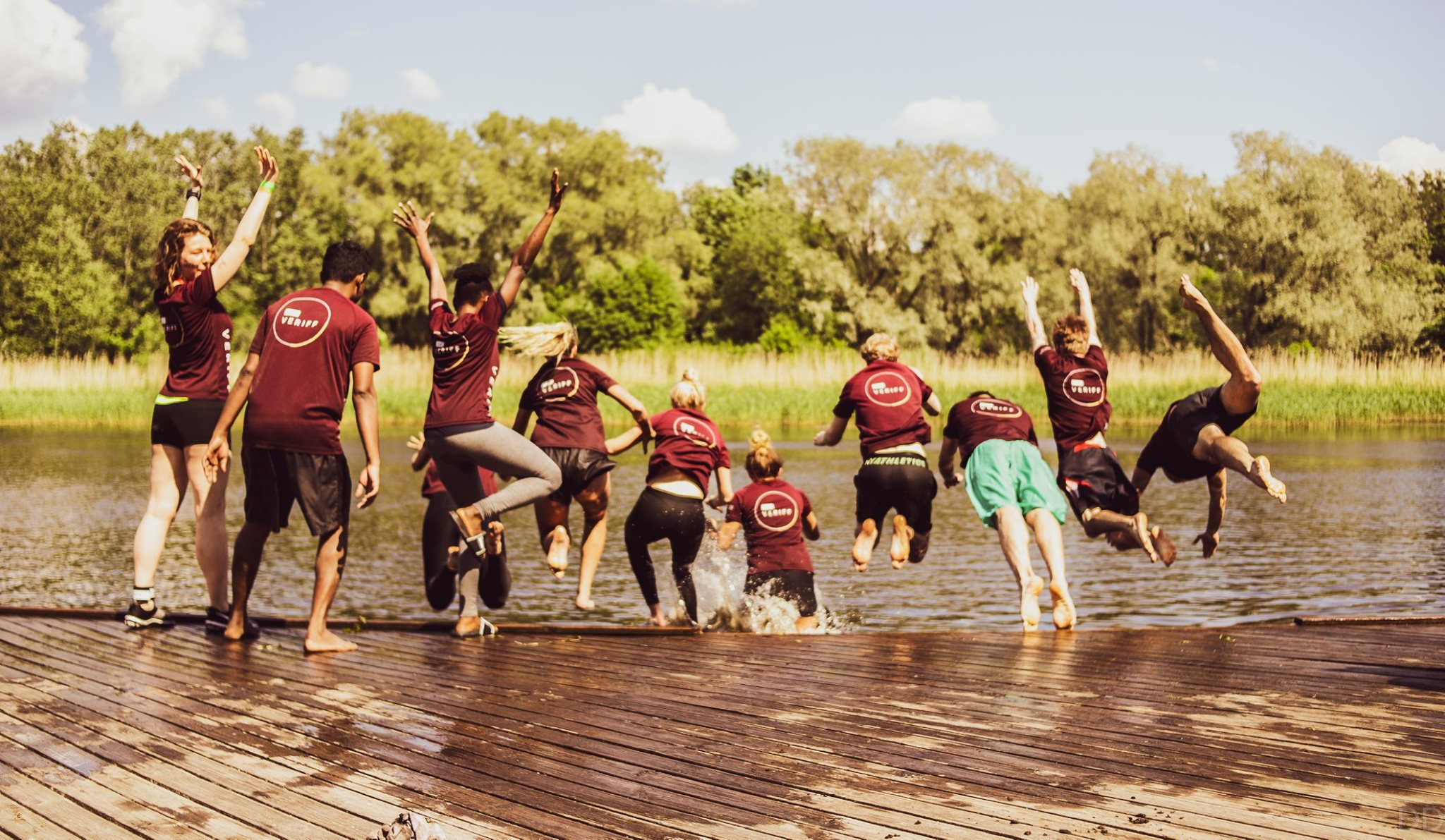 Well, you hire really fast. And you hire from all over the world. That’s not exactly unexpected or unprecedented at a hyper-growth startup (the clue is in the name).

But then, once the rate of hiring starts getting to you and just hearing the word immigration gives you shivers, you take a deep breath and do yourself the favor of getting help.

The new Veriff in town

‍
Based in Tallinn, Estonia, online identity verification startup Veriff is making waves locally and globally—both as a one-to-watch business and as an employer catching the eyes of top talent worldwide.

Hiring internationally is pretty much the norm for startups—particularly for one with as much ambition as Veriff. “Cultural diversity plays a vital role in any business and economy,” says Liis-Rebecca Ojamaa, Operations Team Lead at Veriff. “It is so necessary for companies to look at problems and think of solutions in a myriad of ways. Culture is what separates a great company from an average one. Not only the culture of the company but also the cultural variety of the team.”

But without in-house global mobility knowledge, hiring fast from several continents at once becomes a hell of a chore. Even in countries with relatively little immigration red tape (such as Estonia), a minefield of soul-crushing paperwork awaits anyone brave enough to venture into the territory without a map.

Sure enough, Liis-Rebecca and her team began to feel the pressure as the hire count kept rising. “As we have hired 200 employees since I joined in January 2019 and that number is growing at a blistering rate, I really needed some help with relocating all these talented people from all over the world,” she says.

“Relocating foreigners took a lot of time and bureaucracy. It was not only bone-breaking for us but also for the employees who were relocating.”

Why break your bones when you can break records

‍
Help was close at hand—just a few flights of stairs away, in fact, courtesy of the compact nature of the Estonian startup scene. Enter Veriff’s downstairs neighbor Jobbatical, the job-platform-turned-immigration-service that helps businesses relocate their international hires.

To date, Veriff has trusted Jobbatical to move 40+ people—and counting, plus one dog—to Tallinn. (40 seems to be the magic number here, by the way: 40% of the team come from abroad, with 40+ different citizenships represented.)

What has changed for Liis-Rebecca since she put Veriff’s immigration and relocation cases in Jobbatical’s hands? “Oh, where to start?” she says. “Firstly, I have saved a lot of time. Secondly, hearing the word immigration used to give me shivers as it means lots of paperwork, but since we started using Jobbatical, relocating a person is just one email away. Honestly, I could not think of anything that has made my life easier.”

Finding a partner to make immigration less scary is much more than a matter of convenience. Because red tape doesn’t just slow down onboarding new hires.

It can prevent people from even applying in the first place.

“Many foreigners have mentioned that dealing with the immigration process on their own has stopped them from applying abroad,” Liis-Rebecca reveals.

In light of this, fixing the relocation problem was a strategic move. And it’s paid off handsomely, helping Veriff become one of the fastest-growing startups around. “Since we started using Jobbatical’s services, more employees have joined us, because of the simplicity of the relocation process,” Liis-Rebecca says. “If I had not used Jobbatical for the past six months, our new-joiners count would not be so high.”

Why employee relocation should be a priority

‍
There’s no easy way to grow 17-fold. But there are ways to make it less bone-breaking for everyone involved. Making sure your people are taken care of as they relocate is one of them.

“What makes me really happy is that our employees are sincerely amazed at how easy and clear the immigration process can be,” Liis-Rebecca says. “The advice provided by Jobbatical is so thorough and valuable in terms of settling in and living in Estonia—this means more happy people around the office.”

Which is a big deal. We all know the happy-employee-productive-employee mantra, and getting the happiness train rolling from day one is doubly important in international hiring. People aren’t just starting new jobs. They’re starting new lives, too. “The immigration process is something you just have to get right and Jobbatical has earned my trust in this case 100 percent,” says Liis-Rebecca.

Making a conscious effort to relocate people seamlessly has helped Veriff create the kind of dynamic and fruitful work culture that dreams are made of. It’s a true melting pot, with Brazil, Georgia, Nigeria, Russia, and Turkey topping the list of countries people join from.

This diversity is not taken for granted at Veriff.

“Moving your life to a different country to help grow someone’s business and contribute to it whilst leaving your friends and family is a big deal,” Liis-Rebecca emphasizes. “I strongly believe that making this process as painless as possible should be any employer’s priority.”