Change realized how much spent time, paperwork, and potential issues they could avoid by trusting Jobbatical with their employee relocation. 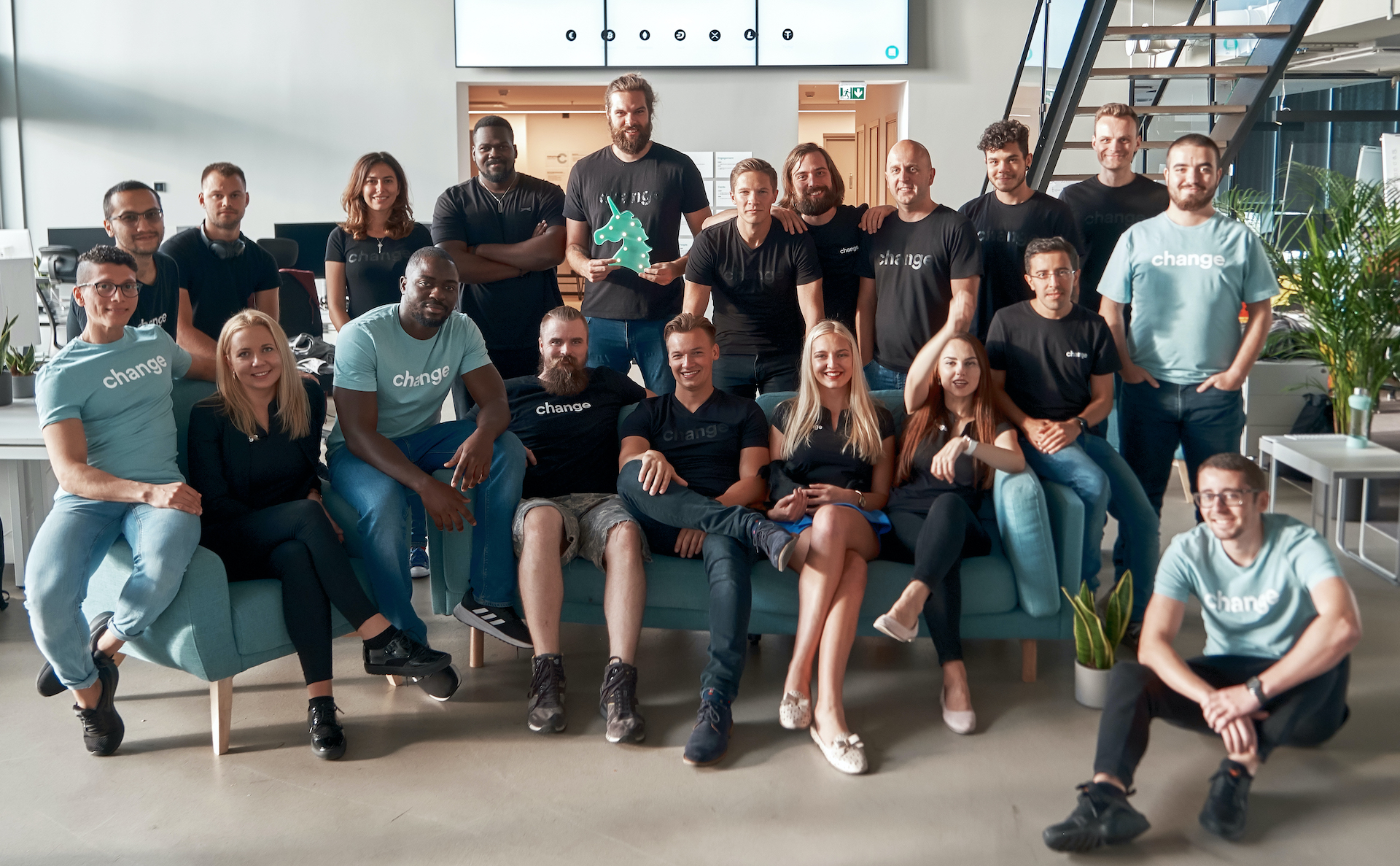 Imagine you’ve just hired someone from the other side of the planet. A real gem. A one-of-a-kind expert with a skill set that makes you want to say the U-word. Yes, you’ve found a unicorn, and you can’t wait for them to arrive.

They’re just as excited to join you and change the world together.

On the day they’re supposed to arrive, you get a call. Your new team member is stuck on the border somewhere, not allowed to enter the EU. No reason, no explanation. You have no idea what happens next.

Who are you gonna call?

This anxiety-dream scenario is pretty much what recently happened to Change, an Estonian financial services startup that’s had more than its fair share of talent relocation nightmares.

First encounters with the immigration monster

‍
It all started when they were getting ready to make their very first international hire. “When we hired our first person from abroad, we were researching the India-EU visa process with two people and we both ended up with different information,” Change COO Alice Tärk recalls.

Relying heavily on international talent—80% of their team members are from abroad—Change couldn’t afford to take any risks. “Sometimes it takes us up to six months to find the needles in a haystack and convince them to join our vision on the other side of the world,” Alice says. “After all this hard work, the last thing you want is problems at the last step of getting them to Estonia. You can imagine the complexity of moving from Iran, Brazil, or Nigeria to the European Union.”

Can you imagine the complexity?

Even if you can, it’s one thing to imagine it. Navigating it is a different beast altogether.

Team Change had no choice but to try. “As a startup, we always have an urgency moving people to Tallinn,” Alice says. “For a small team, each person has a huge individual impact and the sooner they get here, the faster we can move forward as a team. We are always looking for very rare profiles. Estonia is a small place, so these days we are searching the whole world and looking into the furthest corners to find our unicorns.”

The solution to the puzzle

‍
Spurred on by this urgency, Change suddenly found themselves facing a startling variety of issues that come with hiring fm abroad: Governments not printing passports (!) due to economic problems. Monstrous 20-step visa processes. The logistical obstacle course of relocating people from places where there are no Estonian embassies.

“There are so many moving parts it’s almost impossible to manage as a non-specialist while trying to do your own daily work as well,” Alice says. “We got in touch with Jobbatical and realized how much spent time, paperwork, and potential issues we can avoid by trusting professionals with this 1,000-piece puzzle.”

From that point on, there was always someone to call in a relocation emergency. “We’ve never had to worry about anything anymore,” Alice says. “From spending days on research, scheduling meetings, and managing every step of the process, we now have to do two things: send one email introducing the candidate to Jobbatical and say hi to our new team member happily arriving in Estonia. Thanks to their global network, Jobbatical has always been able to accelerate the documentation process, get meetings at embassies in front of the line, or advise us what flight routes to avoid where the most unexpected issues can happen.”

‍
Immigration policies around the world being as complex as they are, the fate of one person’s life-changing career journey might end up in the hands of an ill-tempered bureaucrat, or derailed by a simple misunderstanding on the border.

As Alice remarks, relocation from some countries is highly difficult—largely due to the current political climate and attitudes toward mass immigration. But Change is determined to move as many people and ideas across borders as they possibly can.

“We have a lot of talent from economically and politically unstable countries,” Alice says. “After years of swimming against the flow, they’re easily capable of breaking world records as soon as they’re in a supportive environment.” Solving the immigration puzzle by working with a partner has allowed team Change to create that environment for their team.

Not to even mention the load it’s taken off their shoulders so they can focus on the bigger picture—creating a financial system that serves the people’s needs, not the other way around. “We’re solving a highly complex global problem,” Alice says. “We need to have a global perspective to solve it. We have people from 12 countries and all continents who can bring their experience and angle on the issue, which enables us to provide a truly global solution.”

There really is no room to leave anything to chance. “Imagine how it looks to the person joining your team from the other side of the planet to change the world together if you can’t even smoothly organize their trip to the country,” Alice says.

“I sleep well at night knowing that Jobbatical is aware and alert even at 4 AM if our new joiners are traveling during the night and ready to address any problems. They’ve made our lives so much easier, I would advise every team hiring globally to use their services because it’s just really, really worth it.”

And that new hire stuck in immigration limbo on the border? He made it and is now changing the world with Change. “Thanks to Jobbatical’s advice we rerouted his travels, flying only outside of the EU to reach Tallinn,” Alice recalls. “Poor guy traveled half of the world, but at least he got here—without Jobbatical, he would’ve been sent back home.”