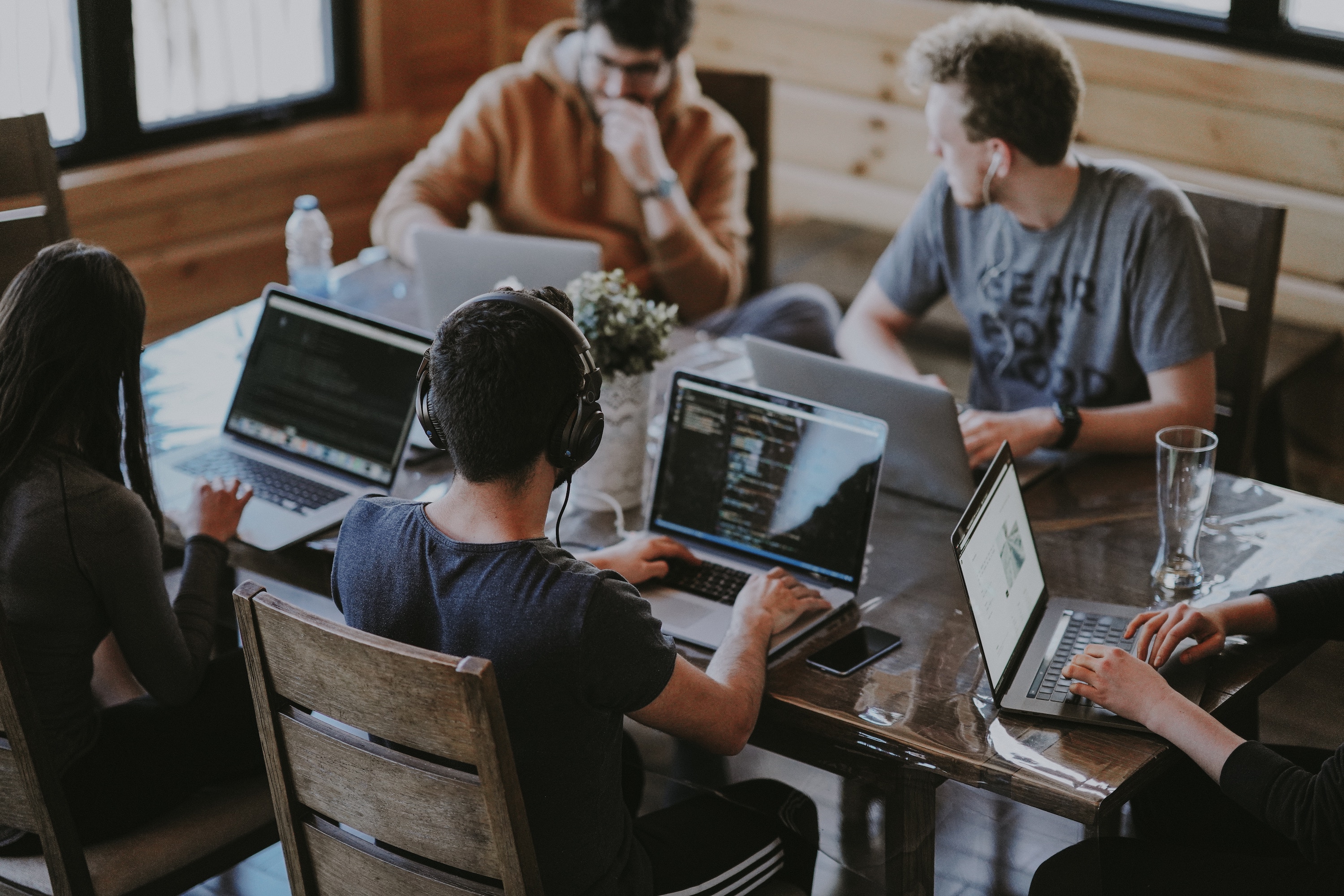 What the 2010s taught us about creating win-win scenarios on the global job market in 2020 and beyond.

In the world of recruitment, the 2010s were a decade of rapidly evolving tech, social media supremacy, millennials, digital nomads, meaningful career paths, diversity, the rise of the employee experience, and—crucially—international recruitment.

As the labor market continues to groan under the weight of the global talent crunch, here’s a look at what a European employer recruiting internationally can expect from the workforce mobility landscape in 2020.

The global talent shortage is news to literally no one at this point. In 2018, according to ManpowerGroup, the shortage reached a 12-year high and the 2019 EUROCHAMBRES Economic Study revealed the lack of skilled workers as the second-biggest concern for European entrepreneurs. The study predicts that the skills shortage Europe is facing will thrust the region into a crisis that could seriously impair its competitiveness.

A recent study in Germany, for example, estimates that the country will need 260,000 foreign workers per year until 2060 to meet labor market demands. Well over half of them would need to come from non-EU countries.

And Germany really is just one example of many. The Nordics are grappling with a deficit of around 70,000 tech professionals by 2022. Korn Ferry estimates that “by 2030, the UK will fail to realize almost 9% of TMT sector potential revenue due to skills shortages”. And so on and so forth throughout Europe.

While reskilling and upskilling the existing workforce is an absolute must in the grips of this talent crunch—the price of not upskilling is far greater than the costs of doing it—international recruiting has stepped in as a life-saver for companies struggling to find the right talent locally. Recruiting from abroad has gone from a luxury to a necessity.

The era of the greatest human mobility is upon us, but the travel freedom gap widens

People have obviously been migrating since the beginning of time. But the numbers over the past few years have been something else.

Between 1990 and 2019, the overall number of international migrants increased from an estimated 152 million to 272 million. To the point where every 28th person alive today is an international migrant (every 7th, if you include internal migrants). For some perspective—if migrants were to form their own nation, they’d be the fifth most populous country in the world after China, India, the US, and Indonesia.

People are on the move, but there’s a catch.

The recently released 2020 Henley Passport Index demonstrates the widening gap between the most and least mobile people in the world. Japan has the most powerful passport in the world today, giving its citizens visa-free access to a whopping 191 countries. On the other end of the spectrum, holders of an Afghan passport can only enter 26 countries without a visa.

This creates an all-too-familiar paradox. Humanity as a whole is more mobile, but the freedom of mobility—and, by extension, opportunity—is unevenly distributed. Enabling movement for more people could contribute greatly to economies in destination countries.

Immigration is becoming easier… or harder, depending on where you’re sitting

Not only is getting out of some countries disproportionately difficult—but getting into certain others is also becoming increasingly tricky.

In much of Europe, immigration policies in 2019 were shaped by protectionism and anti-immigrant sentiments. Some countries did loosen their policies and opened their doors to migrants, including Germany and Kazakhstan. Switzerland, Croatia, and Romania all relaxed their quotas to ease entry for foreign workers.

It’s worth noting that even in these countries, the situation isn’t necessarily as straightforward as far-right = closed borders. Estonia remains among the countries with the least restrictive practices, and the government recently supported a bill that would create a custom-made visa for digital nomads, allowing location-independent workers to stay and work remotely in the country for up to a year.

Still, in their 2019 Worldwide Immigration Trends report, Fragomen predicts that overall, the protectionism trend in policymaking will continue and even accelerate, further restricting employers’ access to foreign talent.

While immigration policies may continue to be influenced by protectionism, the private sector is poised to stand in opposition to this, driven by a strong need for talent from beyond borders. As Dr. Parag Khanna writes in the Henley Passport Index and Global Mobility Report, “The solution to migration is not resistance or mitigation, but pragmatic adaptation. It has been win–win for all of history, and will continue to be in the future as well.”

So there is currently no consensus among European governments as to whether foreign workers are good or bad. But at the very least, many countries seem to be on the same page about one thing—immigration processes need to go online sooner or later. Slowly but surely, digital transformation is coming to immigration, dismantling outdated, paper-based procedures.

A number of European countries—including Slovakia, Bulgaria, and Norway, among others—implemented online processes in 2019. This trend is likely to continue, offering much-needed relief to both overworked government officials and employers recruiting internationally.

While, as we covered above, the world is more mobile than ever, people’s willingness to move abroad for work actually dipped from 64 to 57 percent between 2014 and 2018, according to The Boston Consulting Group.

Whether that’s good news or bad for you depends on who you’re hiring. Of people in service-sector or manual jobs, just 50 percent want to move to a different country for work. Whereas 67 percent of digital professionals—developers, AI and machine learning experts, etc.—are ready to move abroad for a career opportunity.

Attitudes towards working abroad aren’t changing evenly across countries, either. Upwards of 90 percent of Indians and 70 percent of Brazilians say they’d move abroad for a job—a significant increase for both since 2014. Likely connected to their highly talked-about recent political shifts, both the US and the UK are also seeing increased numbers of people willing to move abroad for work. Looking to these countries for tech talent, then, seems to be a no-brainer for European employers.

People’s destination preferences are changing, too. Over the course of the 2010s, the global workforce’s collective consciousness evolved beyond “traditional” career destinations. Heavyweights like London, Paris, and Berlin, while still undoubtedly wildly popular with the globally mobile crowd, have had to move over and share the spotlight with growing hubs such as Barcelona, Dublin, Lisbon, and Tallinn.

There’s plenty of room here for countries to take advantage of others’ border-closing policies to differentiate themselves and rise from the ranks. We’ve already seen some interesting shifts and initiatives:

Talent retention is greener on the other side

Attracting and retaining the right talent, already a challenge for many companies that don’t have the luxury of being Google, isn’t getting any easier in 2020.

The best talent in the roaring 20s isn’t just looking for the shiniest benefits package either. For instance, the global workforce is—in a word—woke. By 2025, millennials will make up 75 percent of the workplace. The 2016 Cone Communications Millennial Employee Engagement Study found that 76 percent of millennials consider a potential employer’s social and environmental commitments before taking a job there. And nearly 64 percent said they won’t take a job if the company lacks strong corporate social responsibility practices. Environmentally and socially responsible companies also enjoy more loyalty and engagement from their employees.

We’re already living in a world where employee experience reigns supreme, and that’s not looking like it’s about to change any time soon. In 2020, talent attraction and retention is going to be even more of a balancing act and an exercise in creativity than it has been until now.